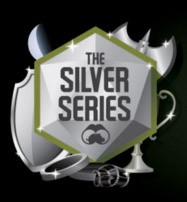 The Silver Series: World’s Growing Demand For Silver (Part 3 of 4)

Silver is the most versatile metal in the world. Not only does it have the highest thermal and electrical conductivity of all metals, but it also has many other impressive properties: silver is antibacterial, durable, reflective, and malleable.

With such a multitude of significant material qualities, it is no surprise that now more than half of silver used today is in industrial processes. Last year, it is estimated that 53% of silver was used in industry – an increase from a total of 46% a decade ago.

Perhaps the most notable industrial sector for silver demand is photovoltaics, where 2.8 million oz of silver is used for every gigawatt of solar energy capacity. The total installed capacity of solar globally is at around 178 GW in 2014, and growth in global installs is also significant, gaining 14% between 2013 and 2014.

In terms of fabrication, silver-containing vehicles, batteries, and chemical processes are the most important categories for future growth. For use in automotive manufacturing, which has the highest project growth (4.9% CAGR) of categories other than solar, silver is used to coat electrical contacts to ensure the most efficient energy flow. Silver batteries, which have similar energy densities to lithium-ion batteries, are used in military and aerospace applications because they are more reliable and safe. Lastly, silver catalysts are also used to help combine ethylene and oxygen together to create ethylene oxide, which is used in medicine, anti-freeze, and cosmetics.

While industrial uses are the most prominent for the metal, it is investment that has been the real growth engine for silver demand over the last decade.

In 2014, 20% of all silver is used for investment purposes, compared to only 7% a decade ago. The demand for silver coins and bars has more than quadrupled since the early 2000s, and the coin sales of Canadian Maple Leafs and American Eagles have been soaring for years.

It is also interesting to note, especially at a time of such market vulnerability, that the ratio of silver to gold ounces bought in the market increases. This ratio peaked recently during the Global Financial Crisis in 2008, and in the last 12 months it has jumped up to comparable levels.

Jewelry is also a crucial market for silver, and the category is considered by some to serve as an investment and store of wealth as well. Lower prices for silver in recent years have helped jewelry rebound in Asia and the United States in particular.

Globally, silver jewelry fabrication experienced its second year of consecutive growth, increasing 1.5% to achieve a new record high. This was a reflection chiefly of the strong performance of silver jewelry demand from India, which surged 47% from 2013 levels.

A record of 7,063 tonnes of silver were imported to India in 2014, up 15% from 2013. The country imported more silver in November 2014 than they did in all of 2009. This is partially due to India’s rising population and per capital income, and also due to import restrictions on gold in the world’s second most populous country.

Silver demand is multi-faceted, with just over half of demand coming from industry and the rest split between mainly investment and jewelry demand. We will cover the historical returns of investing in silver in-depth with our final part of the Silver Series in the coming weeks.

The charts and analysis provided here are not recommended for trading purposes. Trade at your own risk. Ivestbox provides knowledge not direction. Investbox holds no liability for your trades and decisions. Read more
© 2023 Investbox.