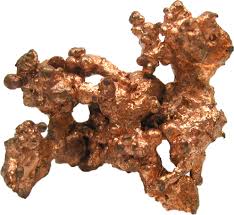 Copper is among the three most used metals in the world, and high quantities of the copper supply must be mined every year to meet global demand.

The market for copper is equal to approximately $120 billion each year, which rivals that of even iron ore, the most widely traded metal. This is because infrastructure, technology, and automobiles consume massive amounts of copper.

Behind silver, copper is the second best metal for conducting electricity. That’s why 75% of copper is used in electrical wires or for wiring in machinery. From power grids to motherboards, copper wire is indispensable to modern society.

Copper is also essential for green energy and a sustainable future. For example, each generation of car needs more copper wiring: a gasoline-powered car needs 55 lbs, while hybrids and electric vehicles need 110 lbs and 165 lbs respectively. Further, it is estimated that an average of 3.6 tonnes of copper is used for each MW of wind power.

The problem is: copper is not being discovered fast enough to meet upcoming demand. A study by Wood Mackenzie found that there will be a 10 million tonne supply deficit by 2028. That’s equal to the annual production of the world’s biggest copper mine (Escondida) multiplied by a factor of ten.

There are several reasons for this.

First, it now takes longer to go from discovery to production than ever before in the mining industry. Geological, environmental, and political challenges have brought the average lead time to around 20 years for new mines.

Beyond all of the challenges above, the economics also have to line up. Thomson Reuters GFMS estimates that for new copper supply to be incentivized to come online, the copper price must be $3.50 per pound.

Copper mining is all about grade or scale. The majority of global output comes from mega mines that have massive economies of scale to reduce costs. However, it has been a long-running trend that the grades for these established mines are dropping.

A good example of this is Escondida, the world’s largest copper mine which is located in Chile. It produced 6% of global copper output in 2014, but the mine is facing a similar problem to that of other large copper projects: grades are dropping. In 2007, the copper grade was 1.72%, but it is predicted to drop to half of that in upcoming years. In fact, BHP Billiton is expecting a year-over-year decline of 24% between 2015 and 2016.

Codelco is the world’s largest copper miner overall, and has recently announced a $25 billion investment plan to expand aging mines. It will spend $5 billion each year, but it expects no significant gain in production for its efforts.

Add these factors together, and stocks of copper are at their lowest levels since 2008. Further, 4% of the world’s copper mining capacity falls off the table each year, which means that this must be replaced somehow.

With 10 Escondidas needed to fill a 10 million tonne supply deficit by 2028, metals investors need to stay vigilant as changes in the market will be coming.