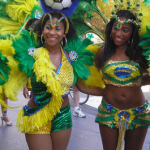 You’re probably familiar with Warren Buffett’s famous line about buying when the market is fearful and selling when investors become greedy.

Shares have dropped to their lowest level in a decade, and are now trading at a whopping 40% discount to the company’s book value. Suffice it to say, that makes it one of the cheapest stocks on the planet.

With a markdown like that, you’d think most investors would be all over it faster than a Black Friday sale.

Trouble is, most investors don’t have the stomach to buy it.

Well, I’ve got news for you: Most investors are wrong!

Petrobras is actually one of the strongest energy companies in the world, boasting a $75-billion market cap.

And they’ve forgotten about the massive amounts of oil and natural gas it’s producing.

The recent selloff has carved open a massive opportunity for investors savvy enough to take advantage.

Feel the Fear and Buy Anyway

In case you hadn’t noticed, there’s a pretty harsh selloff occurring in emerging markets at the moment.

But while most investors are running for the hills, I can tell you from my two decades’ worth of experience in covering these markets that when crises are at their bleakest, this is when the real money is made.

In other words, it’s time to strike.

At almost every turn, the news from emerging markets is pretty grim right now.

Over the past month, five major emerging markets have reported “trouble” of some sort. Thailand, Turkey, South Africa, India and Argentina are all in a freefall at the moment.

Amidst such a widespread downturn, it’s tough to determine when an emerging market crisis has bottomed out.

But my experience tells me that the emerging market selloff is a good thing. Well, it’s good for those investors strong enough to weather the crisis, at least…

One of the best opportunities to profit from crisis is happening right now with Petrobras.

As I mentioned, shares are trading at the lowest level in a decade…

So what’s the reason for the stock’s precipitous decline?

For one, lack of transparency. Operating under government fiat, PBR is forced to charge below cost rates for its fuel, forcing the company to operate below peak efficiency.

Lack of reinvestment is also contributing to the dire situation created by the government’s role in Petrobras. Without funding for new exploration, marketing and equipment, the company is barely making a dent in its $112-billion debt.

However, we’ve recently seen Mexico’s state-owned Pemex begin to pull itself out of a similar situation by becoming more transparent, opening itself up to foreign investment and changing state policy.

It won’t be long before policy is changed in Brazil – the prized state-run facility can’t continue to lose value at will. The government won’t allow it.

In other words, while PBR’s current outlook is dire, the time to buy is now, before the tide turns.

That’s because while emerging markets tend to tank much more frequently than developed markets, when the rebound kicks in – and it always does – it kicks in hard. To the point where they outperform developed markets in quick fashion.

When the bounce happens in Brazil, Petrobras shares will lead the market higher.

So consider the current weakness in Petrobras as a prime opportunity to pick up shares on the cheap. Then sit tight – you’ll reap the reward in the long term.

And “the chase” continues,